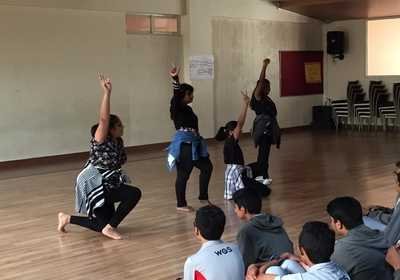 On 11th December 2018, we had a CCA activity of Solo Singing and group dance for grades 9 and 10. There were 5 participants in each event. First was the solo singing. All the singers had the audience spell bound with their mesmerizing voices. Each performance earned aprolonged round of applause and a lot of appreciation. This was followed by the group dance which was equally good. The performances began with a booming start given by Emerald house followed by splendid performances by Ruby, Sapphire and Topaz. After all the performances had culminated the judges shared their opinion and praised all the performers. They also stated the areas where there could be improvements. After this, the names of the winners were announced and Ruby house bagged all the prizes. With that, the programme came to an end. It was truly a day that will rest in everyone’s mind in the days to come.